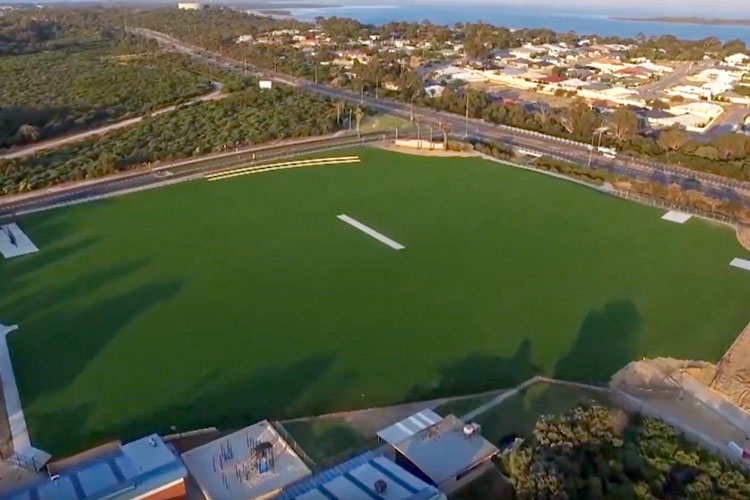 Greenacres Turf Group produced, supplied and installed the turf for the dual purpose school oval using Jumbo Roll technology. 22,000m2 of turf was installed and the project was completed in 10 working days.

The Ocean Road Active Reserve facilities are now available for the expanding football, athletics and cricket leagues in the southern region of Mandurah as well as being the oval for Ocean Road Primary School.

The project has delivered an environmentally sustainable water supply for the irrigation of the new two-hectare active reserve as well as Ocean Road and St Damien’s Primary School ovals.

For a better insite, view the full Mandurah Mail article. 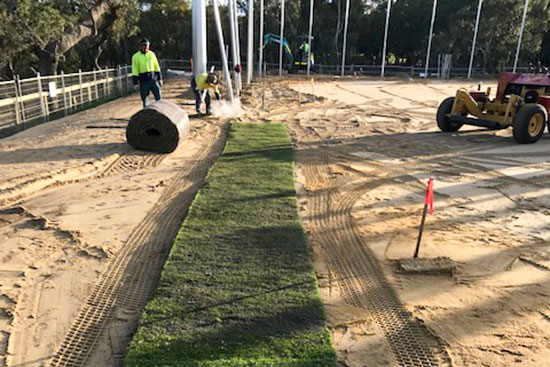 Jumbo rolls using our state of the art equipment were installed with specified variety preferred by the Shire of Serpentine Jarrahdale, Village Green premium kikuyu.

Averaging 2000m2 per day. The project will create a multi purpose venue for the wider community. 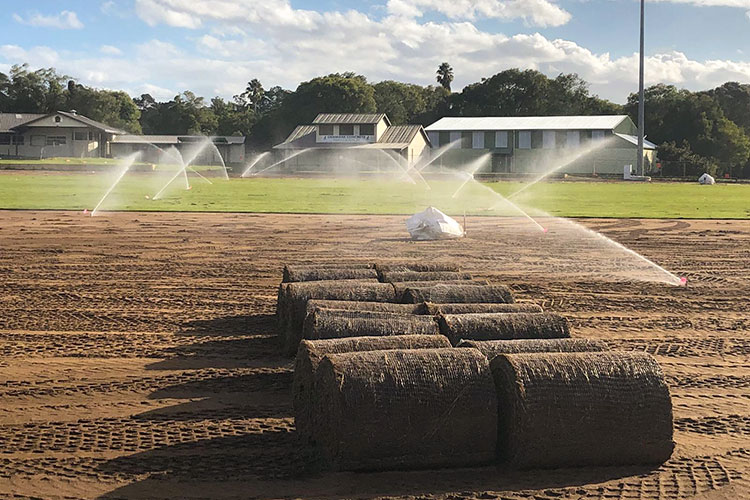 Distance is no object.

Our Commercial installation team became residents of Denmark for the duration of the Jumbo Roll installation of Village Green Premium kikuyu at McLean Oval. 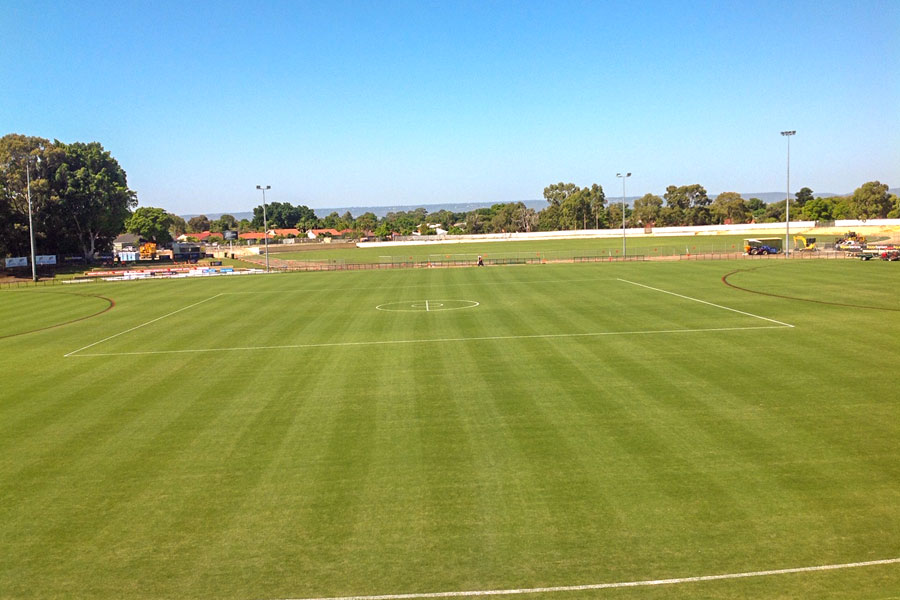 Greenacres Turf Group was involved in all stages of the Dockers Training Facility in Cockburn.

Greenacres were contracted to produce, wash and process the turf to stolons, deliver and install stolons covering 20,000m2. Our client for this job was Programmed led by former State Turf Manager Nick Clayton.

After the financial mess of BCL as the head contractor going into liquidation, Director Peter Pitsikas was able to achieve the near impossible having Lathain Oval ready for their first WAFL game of this season with only 14 weeks to grow in the newly planted oval. Nurturing attention to detail, full understanding of plant physiology and understanding of irrigation systems ensured smooth running over the Christmas / New Year period whilst the building and earth moving contractors were on their summer break. The turf plant does not know it is a public holiday. 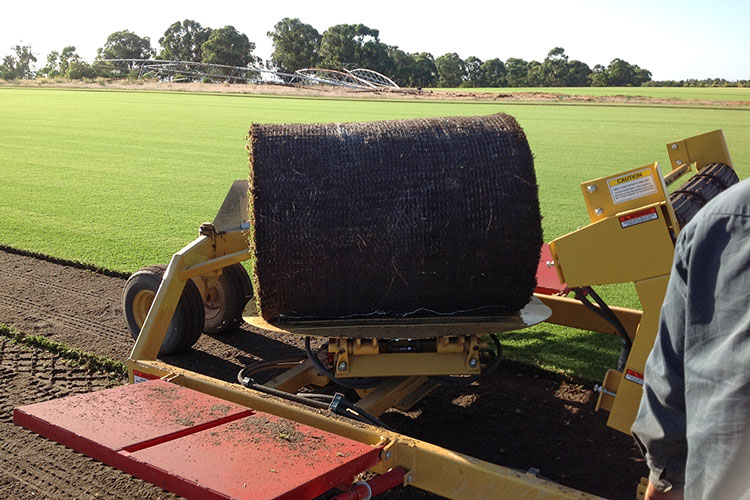 Centennial Park was supplied and installed by Greenacres Turf Group. This project was completed in less than 7 days. With the distance to Albany being a challenge, the turf all arrived and was laid on the same day of harvest making sure the turf was at the best possible quality on arrival to Albany. 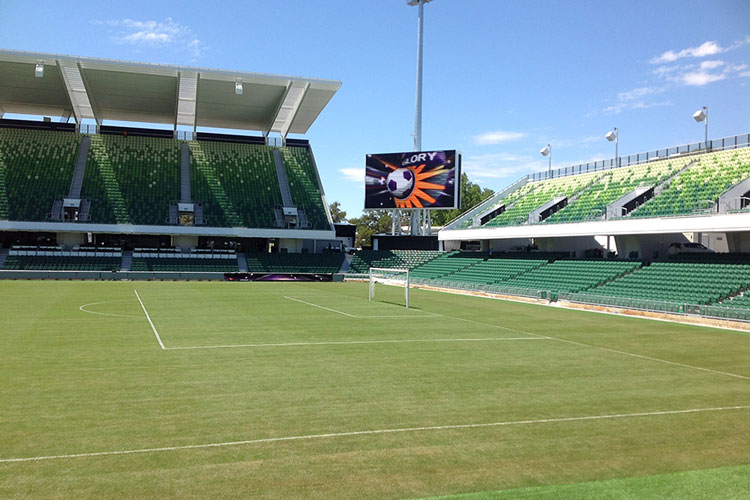 Greenacres Turf Group was involved with the growing, supplying and installing of the new surface in the stadium. 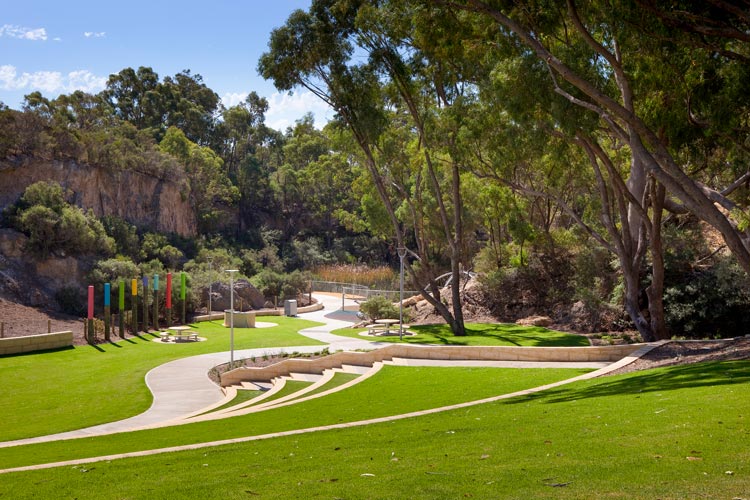 There was a degree of difficulty with this project, due to the layout of the site, however our installation team completed this project in 5 days with a great result. 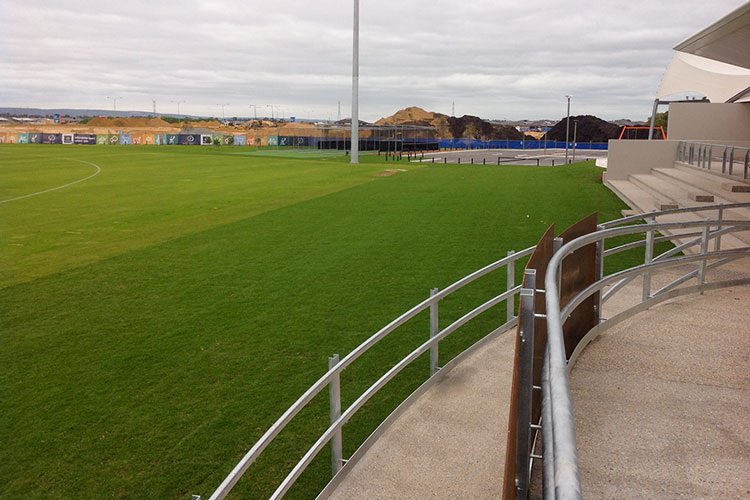 Greenacres Turf Group supplied and installed the 3 hectare site in Piara Waters for the City of Armadale.

The 3 week project involved the levelling of the site and installing 30,000m2 Jumbo Village Green Premium Kikuyu rolls. This project was one of the first sites to be laid with our Magnum Turf Layers imported from the United States.