Greenacres secured the tender with the City of Mandurah for the reinstatement of the Mandurah Eastern Foreshore which was completed in February 2017. 6,311m2 of Village Green Premium Kikuyu was installed using Jumbo Roll Technology.

This allowed for a quicker establishment period so that the foreshore was ready to host the Mandurah Crab Festival only 3 weeks later. The job was completed in 5 days by a team of 8 skilled staff members, with a value of approximately $70,000.

back to case study
Watch Our Video 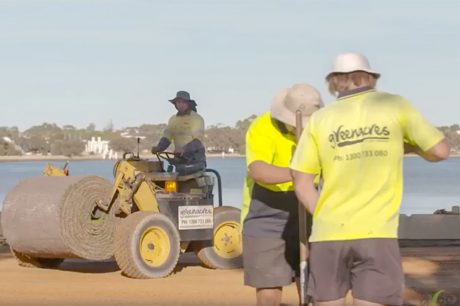